Louis Pasteur, a Pioneer in the Procedures of Disinfection, Sterilisation and Pasteurization

A short view of all the scientific breakthroughs that Louis Pasteur achieved, famous as the father of modern medicine, revolutionizing our lives.

In history, few people have saved more lives than Louis Pasteur. This chemist of humble origins fundamentally changed our understanding of biology by looking closely at the building blocks of life, placing him at the forefront of a new branch of a still uncharted science, microbiology and immunology. Disproving a theory held since Aristotle he affirmed that bacteria can only evolve from existing bacterial cells and not from inanimate matter, his thinking leads to the development of vaccines, protecting millions of people worldwide. His insight that germs cause disease revolutionized healthcare, developing and pioneering the procedures in disinfection, sterilization and pasteurization, finding new ways to make food safe to eat. 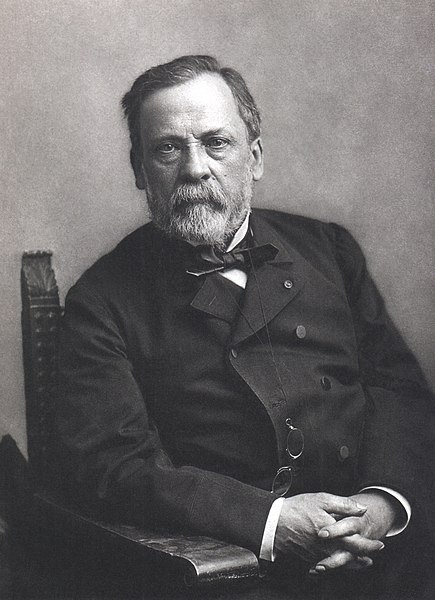 The biologist, microbiologist and chemist to become, born in Jura, France, was raised in a conservative catholic poor family, spending his early years as an average student more interested in art, particularly drawings, than in science. His father, a tanner (person who prepares animal skins to be made into leather) that valued family loyalty, hard work and financial security, discouraged him from developing his artistic side to make him focus only on schoolwork. In 1839 he entered the Collège Royal of Besançon with his main in philosophy while continuing a degree in science with special mathematics. He failed the baccalauréat scientifique (general science) degree the first time but passed it on the second in 1842 with a mediocre grade in chemistry. Because of his low ranking, he ended up entering the École Normale Supérieure 2 years after and obtained his diploma licencié ès sciences (Master of Science) in Paris, 1845.

One year later he started his first job as a professor of physics at the Collège de Tournon in the french countryside, but the chemist Antoine Jérôme Balard asked him to come back to the École Normale Supérieure as a graduate laboratory assistant, move he realized not much later. Together, they made research in crystallography and submitted two theses, one in chemistry and the other in physics.

In 1848, he returned briefly to Dijon as a professor of physics, to later became professor of chemistry at the University of Strasbourg where he met his future wife Marie Laurent, who was the daughter of the university's rector. Together they had five children, but sadly only two of them survived to adulthood, with the other three dying of typhoid. In 1852, he was nominated to the chair of chemistry, and two years later he was named dean of the new faculty of sciences at the University of Lille, where he began his studies on fermentation.

1857, he moved back to Paris as the director of scientific studies at the École Normale Supérieure where he took control from 1858 to 1867, being appointed professor of geology, physics, and chemistry at the École nationale supérieure des Beaux-Arts in 1863, a position he held until his resignation in 1867.

1867, he became the chair of organic chemistry at the Sorbonne, but he later gave up the position because of poor health, after suffering a stroke which partially paralyzed his left side. Still in the same year, the École Normale's laboratory of physiological chemistry was created at Pasteur's request and he was named the laboratory's director from 1867 to 1888. While managing that position, he established the Pasteur Institute in 1887, in which he was its director for the rest of his life. Pasteur continued to run the Pasteur Institute in Paris even as his health was deteriorating, dying at the age of 72 following another stroke that his paralysis had worsened.

A life of investigation

Over the course of his life, Dr. Pasteur realized many studies and discoveries that helped the field of medicine to improve to what it is now. Some of his major contributions where:

Fermentation and Germ Theory of diseases 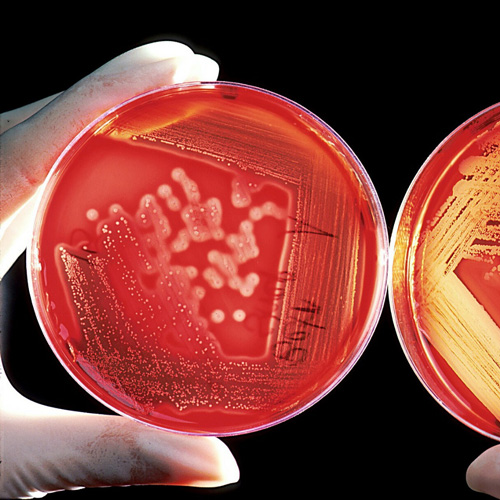 For two thousand years, fermentation and putrefaction were often perceived as being spontaneous phenomena. But Louis Pasteur finally disproved this theory in an elegant experiment. He showed that food went bad because of contamination by microbes in the air and that these could lead to disease. Thus, 'Germ Theory' from a formal approach was born, conducting to the development of antiseptics and changing healthcare forever. He found not only that microorganisms can make us sick, but he also wrote recommendations on how to kill germs and protect ourselves.

Pasteurization is clearly the most famous of his discoveries, something easy to realize as its name comes directly from his surname, Pasteur. In 1863 good french wine was prized around Europe, but vineyards were losing money due to spoilage in transit. He realized this was due to contamination, but boiling wine made it taste terrible. In a series of careful experiments, he discovered that heating it to 55 degrees killed the bacteria without ruining the taste, a process later named, as mentioned above, after him. He completely revolutionized the beer and wine industry, as this eliminated pathogenic microbes and lowered microbial numbers, while extending the quality of the beverage. Today, pasteurization is used widely in the dairy industry and other food processing industries to achieve food preservation and guarantee food safety.

As Louis Pasteur proved successfully how dangerous germs can be, he decided to go deeper into the subject. His first important discovery in the study of vaccination came in 1879 while he was working on chicken cholera. He injected an old culture of bacteria into chickens which felt ill. But contrary to the logic of the day, the birds didn’t die but turned more resistant to fresh cholera injections. Pasteur realized weakened strains of a disease could help animals develop immunity, so keen to develop vaccines for other diseases, he decided to tackle the fatal anthrax, which could wipe out entire populations of farm animals and humans alike. After several studies, Louis Pasteur announced that he had discovered a vaccine and successfully immunized 31 animals. In this specific case, historical records now show that he actually exaggerated how much original work he did, taking the credit for ideas that were developed by a rival, Jean-Joseph-Henry Toussaint, a Toulouse veterinary surgeon that sadly never received credit for his work. However, he still made great contributions to immunology and vaccination, as seen later when he ended vaccinating a boy against rabies with an original vaccine.

Even to this day, Pasteur is directly influencing the research of infectious diseases through the Pasteur Institute, a charitable body that was created thanks to his international appeal for funds back in 1987. Now as one of the world’s leading research centers, it continues to work reaching significant achievements, such as the development of diphtheria, tuberculosis or typhoid vaccines.