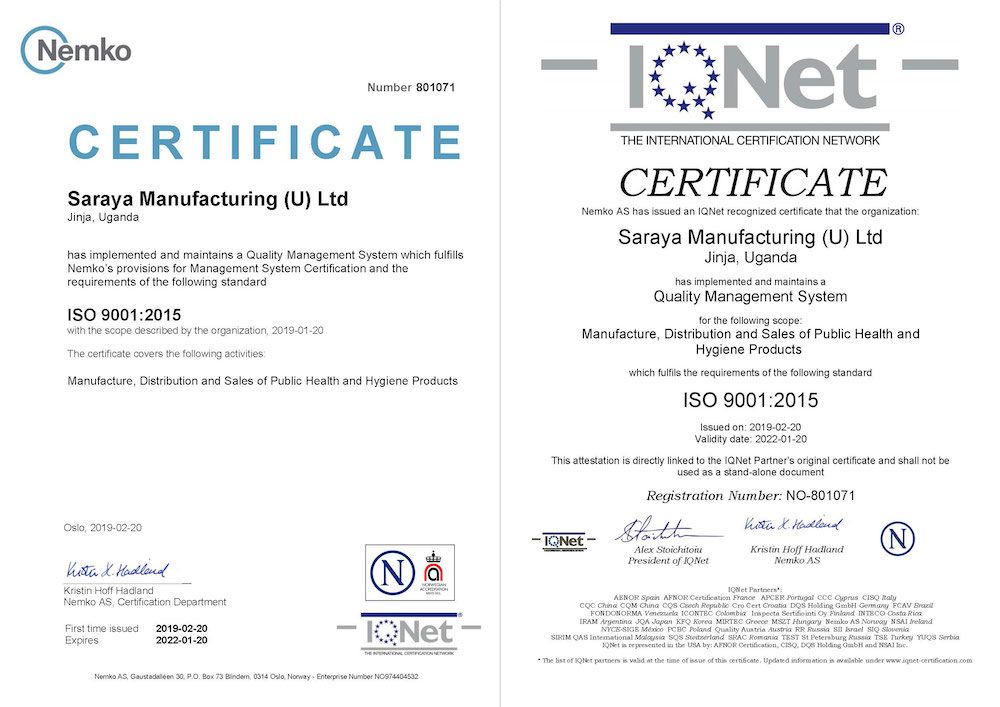 The local production of hand sanitizers using sugarcane-derived alcohol has been in progress since 2014. We are pleased to announce that Saraya Manufacturing Uganda has recently obtained the ISO9001:2015 certification, assuring that our factory meets the most strict quality standards.

*ISO 9001 is an international standard that demonstrates the ability to consistently provide products and services that meet customer and regulatory requirements. The current version was released in September 2015.

※IQNet is an international network of certification bodies that is present in about 40 countries around the world. Although Nemko was in charge of auditing Saraya Uganda, certificates were issued by both Nemko and IQNet. Both certificates are valid.

A word from Saraya Uganda

We began preparing for the ISO 9001 certification in October motivated by the visit from Professor Pittet, who came to Uganda in August 2018 to promote the use of locally produced alcohol disinfectants for healthcare.

Under the direction of Factory Director Abubaker, who has been supervising the factory since its founding, we finally received ISO 9001 certification on February 20, 2019, after the 3rd party audit from Nemko in January 2019. 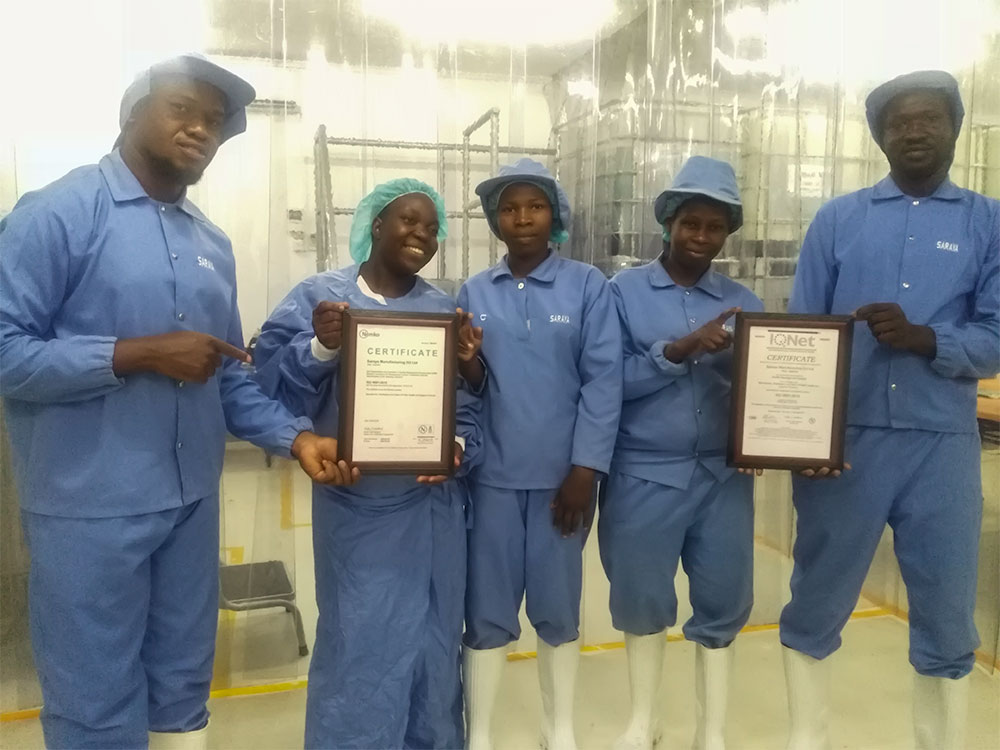 We plan to expand our product line and continue to improve product quality, together with the expansion of our production plant.